Meet and Connect With the IWM Team

Oscar is from a non-Adventist, non-missionary background. He embraced the Adventist faith as a teenager of 18 years and embarked on soul winning and church planting. Oscar married Elizabeth, a third generation Adventist, and their missionary experience began in the early 1990s among Muslim peoples in various parts of Kenya, their native country. The Osindos are blessed with three children.

Oscar, an ordained minister, has served in district and departmental work and as a teacher. He has initiated numerous ministry models in the Muslim context in various parts of the world. His cross-cultural experience is enriched by the time he spent in the United Kingdom (where he pioneered work among Muslims), in Cyprus (where he served the Global Centre for Adventist Muslim Relations, GC AMR), and in his academic teaching for various Adventist institutions around the world.

Since leaving Cyprus, Oscar has taught across Africa for the Adventist University of Africa, in addition to his global duties for the world church. 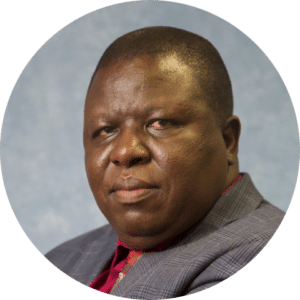 Ron’s cross-cultural journey started when he interrupted his studies at the Seminary in 1985/1986 and ventured to Africa as a volunteer student, serving at the Adventist University in Rwanda and as project director for Adventist Development and Relief Agency (ADRA) Sudan during the famine that affected the horn of Africa (Ethiopia, Somalia, Sudan). After one year in Sudan, Ron returned to Brazil to finish his studies. There he met Jacqueline, who would eventually follow him to serve in some of the most demanding situations on the planet at the time.

Two months after their graduation in 1988, Ron and Jackie left for Africa, where they first served in Mozambique and then were asked to commence the work of ADRA in Angola. At the time, these two countries were suffering from the effects of more than 10 years of civil war. During their time in Angola, Ron and Jackie witnessed the first peace agreement. Ron was out of the country when the rebels later lost the election and the war began again. Jackie had to be evacuated after three days of sleeping under their stairs because of the heavy bombing around their home. That circumstance resulted in a call to return to Sudan for the second time. While waiting for a visa to enter Sudan, they helped with the crisis in Somalia for a few months. After Sudan, they moved on to Bolivia, Peru, ADRA South American Division in Brazil, ADRA Asia Regional Office in Thailand (where Ron was regional director during the devastating tsunami of 2004), and ADRA Canada. During his term in Brazil, Ron also served as the Global Mission Coordinator for the South American Division.

Ron has extensive experience in leadership and management of relief and development projects and has been working for IWM since 2012. Jackie works as an Interdivision Employee Specialist with International Personnel Resources and Services (IPRS) at the General Conference. They have two daughters, Caroline and Daniele. 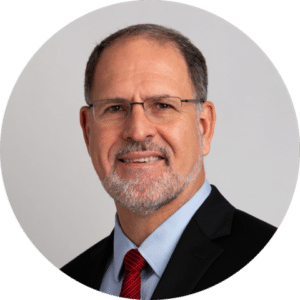 Born and raised in Cape Town, South Africa, Enid developed a great interest and love for missions during her childhood years. She dreamed of someday becoming a real missionary. Her 19 years of cross-cultural mission experience began when God fulfilled that childhood dream with an invitation to work at the Malamulo-Blantyre Clinic (Adventist Health Center) in Blantyre, Malawi, where her initial two-year term turned into seven years.

Following her work in Malawi, Enid studied and graduated from Andrews University in Michigan, where she met her husband, Mike, an ordained pastor. It was while pastoring in the Central California Conference that the family accepted an invitation to serve at Bethel College in the former Transkei, now Eastern Cape, South Africa. They served there for 12 plus years. In South Africa, Enid multitasked as campus nurse while teaching nutrition to theology students and health education in the Secondary Teacher Diploma program. Apart from her regular job, she homeschooled their two sons, Matthew and Joel, along with several other missionary kids. Later she served as registrar for the Griggs University/Bethel College Campus program.

Church life has always been a major feature in Enid’s life. She also served in various departments such as Children’s Sabbath School, Pathfinders, Adventurers and Women’s Ministries.

Enid joined the Institute of World Mission in October 2000, where she is currently working as assistant director. She manages logistics for Mission Institutes, Re-entry, and other related programs and activities. She also coordinates IWM children’s programs. One of her many joys of serving missionaries is teaching missionary kids how to live and thrive in a culture other than their own. 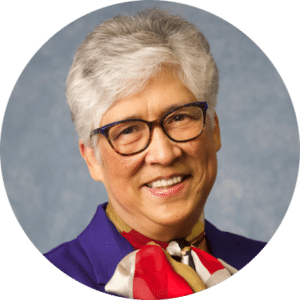 Millie grew up as a CCK (Cross-Culture Kid), has been a missionary for 18 years, and has lived in seven different countries, much of that time working for ADRA. Having raised two TCKs (Third Culture Kids), Millie is familiar with the joys and challenges of today’s global citizens.

Her passion for helping young people navigate through their formative years has manifested in a variety of ways: as a trained music teacher utilizing music to reach out to young ones and involve them in ministry and as a missionary organizing youth groups for outreach and summer camps. Prior to accepting the position of education and communication coordinator for the Institute of World Mission, she worked for the General Conference of Seventh-day Adventists in the Secretarial Department and as Deferred Mission Appointee Coordinator.

Millie and her husband, Edgar, now reside in Maryland, along with one of their two young adult daughters. Her hobbies include taking care of her pets, traveling, reading, music and spending time with friends. 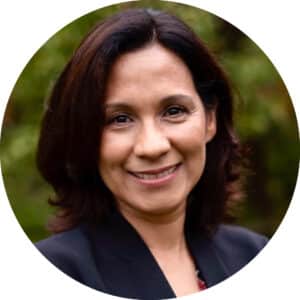 Amy, her husband Greg, and their two sons served in Laos for 10 years as church planters with Adventist Frontier Missions. While there, Amy, a registered nurse, enjoyed using her medical knowledge to serve the needs of her community. She also lead an ethnographic study of the Lao people and worked with her husband to create contextualized discipleship curriculum.

In 2012, her husband took a call to direct the Global Mission Center for East Asian Religions (CEAR) and moved to Thailand where they lived for the next 6 years. During that time, Amy changed her career when she was hired as associate director of CEAR.

They returned home to the United States in 2018 where they worked for another four years with the center until they were each appointed to new positions at Adventist Mission and Institute of World Mission. Amy comes to IWM with a rich background serving in Southeast Asia and helping the world church develop best practices for discipling Buddhists into life-changing and transformative relationships with Jesus.

She is passionate about the need to communicate and present the Gospel in ways that are locally understandable and compelling. Amy finds refreshment in nature watching birds, gardening and playing the piano. 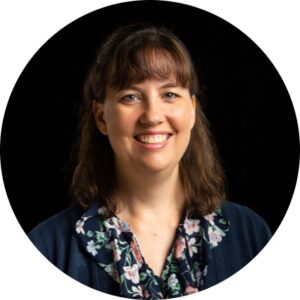 Gaby is our new education & communication coordinator and teen teacher. She and her husband Mario have three young adult children and have served in Angola, Belgium, Spain, France, and the US for 20 years. Gaby likes cooking, hiking, reading, biking, and crafting. 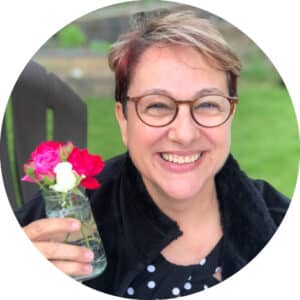